When Flo – People Director at Busuu – came across Progression, she was a month or two into joining the company.

Busuu are a language learning company based in London boasting over 100 million learners worldwide. Named after a language from Cameroon spoken by only 8 people in the world, they've grown to over 100 staff to support their users. They were in need of a smart way to manage career growth.

'I was aware while doing interviews that one of the biggest challenges that people were facing was that they didn't feel like the had any career progression – they didn't know where their careers could go at Busuu.'

That was resulting in quite a few people leaving because they didn't have any visibility on what progression looked like.

One of Flo's biggest projects became creating a framework to give people some visibility on what they needed to do to progress from one level to another.

Encouraging conversations not just across the non-managers but also managers and the leadership team around what a good structure might look like was high on the list of needs. With some departments at Busuu having six levels of seniority and others with only one or two, there was plenty of time spent just deciding where depth was needed and where it wasn't, while ensuring there's still scope to grow in the future.

Flo had inherited an old framework based on Busuu's company values that had been started a couple of times but not really completed – a common situation people find themselves in when joining companies of Busuu's size. Some managers were using it, but many weren't in either performance reviews or their team 1-1s. 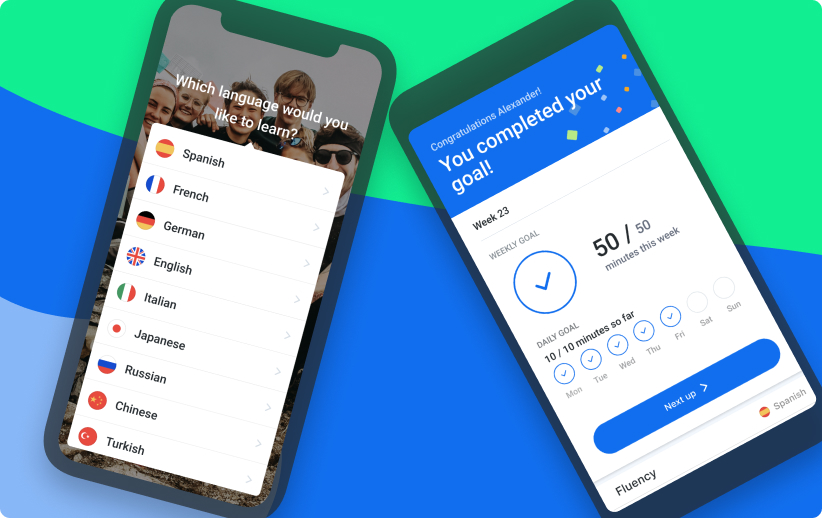 Flo started the rebuild involving not just company leadership but the managers who would be using the frameworks day-to-day and a group of non-managers too. Involving a cross-section of people has been incredibly powerful in encouraging buy-in into the project.

Upfront there was a fair amount of concern around implementing this process – a situation that has changed since rolling out Progression. Check-ins and a clear simple structure have been a hit across the board, encouraging more engagement than Flo expected.

"We've completely won their hearts with Progression. Even some of the managers who were very against this concept are now completely turned around and love it. They now do more check-ins than we prescribe!"

This is great to hear, and it's also borne out in the data.

In Busuu's recent history of company-wide engagement surveys, one area that the company has struggled with has been around the opportunities for career growth.

In the latest (and first) survey, that number has changed. For the first time in a very long time Busuu is now above Peakon's benchmark in that area, with employees mentioning the new focus on progression in their answers.

As a seasoned people professional, Florence is used to low engagement with HR tools.

Expecting the same muted response, she was surprised by what she saw after rolling Progression out and suggesting a bi-annual cadence. Managers started asking if check-ins were free to complete, and whether they could complete more check-ins than required with their teams.

That's really encouraging for the future of Progression at Busuu. Perhaps rather than mandated heavy 'Performance Management' cycles, employees at Busuu are encouraged to complete check-ins at times that are best for them, the data will be better and the pain lower.

Busuu are using another tool for performance reviews, and would love to move goals and other aspects of personal development into Progression. Watch this space for future features and integrations in that direction!